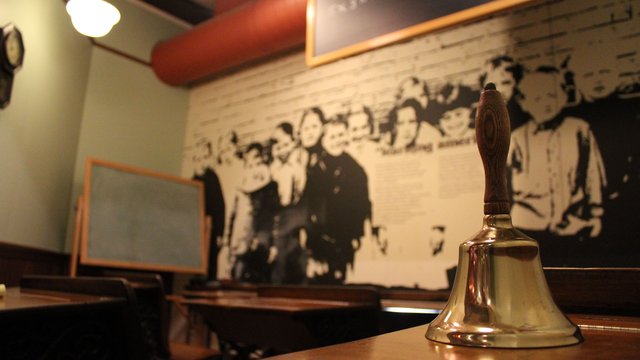 Take a step into the past and get schooled in our Iron Range School exhibit. Public schools were of high priority in early Iron Range towns. They were the meeting ground for scores of alien nationalities and foreign languages. In an area with a high immigrant population, schools were critical in teaching a common language, English.

Iron Range schools were second to none. Funded by mining company taxes, Range schools taught children during the day and hosted adult education classes at night. Schools were often a source of pride for early Iron Range communities. Teachers were faced with the challenge of educating people of many different cultural backgrounds and languages.